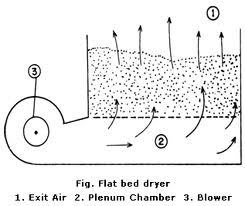 The inner portion of the dal is rich in protein, vitamins and after cooking supplies the necessary nutrients. Due to the high content of proteins pulses are mixed in other cereal foods to increase the quality of proteins to be injected in the body. Pulses are the edible dry seeds of legumibous plants. The use of pulses as food is concentrated in developing countries, which account for about 90 per cent of global food pulse consumption. In low-income countries, pulses contribute about 10 percent of the daily proteins and about 5 per cent of energy requirements in human diets. Per capita consumption of pulses is also high among vegetarians, as a source of protein, and a high percentage of people in India are vegetarians.
Pulses are basically grain legumes. They occupy an important place in human nutrition due to their high protein content than cereal grains. In Indian dietary regime it occupies an important place. Since majority of Indians are vegetarians, they depend largely on grain legumes (pulses) for their dietary protein. Legumes contribute a major portion of lysine in the vegetarian diet. They are also a fairly good source of vitamins like thiamine, niacine, riboflavin and much needed iron. Therefore its quality availability to the common man is a major challenge. Since recovery was poor in traditional technologies, adoption of modern technology will go a long way in meeting the need of the common man.Thus about 80.51% of the pulses supply is contributed by five major states. Off late the production and area under pulses cultivation in the country has been stagnated. This is because of unfavorable climatic and ecological factors, non availability of high yielding varieties, improper research support, socio economic factors and constraints in post harvest technology. As a result of stagnating production and surging population, the per capita availability of pulses has come down from 70 grams/ day in 1960's to 27 grams/day in 2001. The same was only about 34% of the World Health Organization's recommendation of 80 grams/capita/day. Pulses are the chief source of protein for the majority of the population. There are over 1000 units at present engaged in processing of various pulses in different parts of the country. The pulse milling industry is predominantly a small-scale industry and has been reserved for exclusive development in small-scale sector. There is good domestic as well as export demand of Dal/pulse. New entrepreneur venture into this field will be successful.